Superb TR-909 emulation w/ 8 banks 12 patterns per bank shuffle accent much more. Drumazon synthesis emulates all the sounds of the original 9O9. All the instruments are synthesized in exactly the same way as the original. All the nuances detail of the original are captured perfectly. In addition, all Drumazon instruments have enhanced controls. This extra functionality allows the user to adjust the sounds further than on the original unit.

Drumazon synthesis emulates all the sounds of the original 909. All the modules are coded to match their analog counterparts, down to each nuanced detail. As a virtual bonus, all Drumazon instruments have enhanced controls. This extra functionality allows the user to adjust the sounds further than on the original unit. This opens up a whole new world of sound creation! Listen to the audio demos or tweak it yourself with the demo version :)

Drumazon has a flexible output configuration. Every instrument's audio signal can be routed to any of the 11 outputs. This allows users to further shape sounds individually or in groups via their favourite plug-ins. Every instrument also has a Mute and Solo button. Mute will not just silence the sound, it will stop the sound being triggered. Solo will stop all other instruments from being triggered and only allow the selected sound(s) to play.

Drumazon has extensive midi control. Midi notes can be used to trigger each individual sound. Alternatively, the internal sequencer can be used. This can be set to play using Drumazon's internal clock or set to synchronize as expected to the host sequencer. Most of Drumazon's parameters can be automated within the host or controlled via MidiCC by an external controller. An easy-to-use Midi Learn function allows instant reassignment.

Patterns can also be triggered freely by selecting the corresponding midi note (for example, from a midi controller keyboard). External controllers can be used in any mode to provide full control over pattern playback. A Randomizer function is also provided within the internal sequencer. It can be used to make simple changes to a pattern or create a whole new one - ideal when your creativity needs a boost! Randomizing can be applied to specific instruments and specific steps.

The frequency of occurrence is also tweakable, allowing you to blur the line between subtle syncopation and rhythmic chaos. Files are stored in XML format, allowing everything from single patterns to whole banks to be easily exchanged between users. They can even be opened and modified in a text editor! Ideal if you want to post or share a pattern on a web site - just copy and paste! 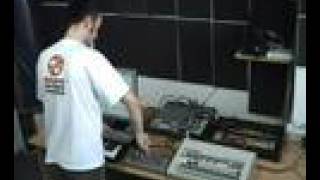 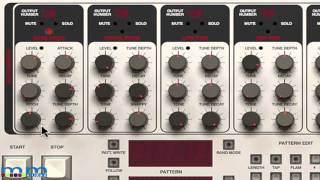 Imagine the possibilitiesPhase Plant is a multi-award-winning, semi-modular softsynth developed for music producers and sound designers. With a unique combination of top-quality processing, creative freedom, and an intuitive workflow you will be creating amazing patches in no time. Explore limitless combinations of generators, modulators, and effects to discover and refine your own original sound. For FabFilter One, we have put tremendous effort in creating the best cut-off filter ever. Our new design approach has resulted in the fattest & smoothest self-oscillating digital filter you have ever heard. It has been tuned carefully to achieve the character warmth of a classic analog synthesizer. When adding effects to a sound, it's not uncommon to want to apply these effects to just a certain part of the sound. For example, you might not want a complex chorus to affect your bass too much, or a hard distortion to totally fry your high end. Either way, multiband processing adds a dimension to effect chains that really opens up a new world of options in sound design. Multipass helps you with this, allowing you to split the input sound into up to 5 easily tweakable frequency bands and applying unlimited number of effects to each band. Pitch shifted auto pan with a filtered chorus delay distortion? Coming right up!

A good gate/expander is an indispensable tool in any mixing or live situation. FabFilter Pro-G offers everything you could wish for: perfectly tuned algorithms, complete control over the side chain and channel linking, excellent metering and great interface design. Dynamics can be used to give an aggressive oomph to your leads. Try it in Multipass for multiband processing. Nithonat is a fully synthesized drum machine based on the classic 606. The unique sound of this machine has been used by many artists over the years in the production of Electro, Hip-Hop R n B. The original 606 has been perfectly emulated. However, since Nithonat is software based, D16 were able to enhance the original with extra functionality.